January 2016 Issue of our BIMTech Newsletter

Our January issue of BIMTech news has launched. check out the articles here.

December 2015 Issue of our BIMTech Newsletter

Our December issue of BIMTech news has launched. check out the articles here.

Well today is not Tuesday and based on my previous post I would say I am 3 days late for this AutoCAD tip. Well better late than never, so let’s get started.

I had some issues this week with importing a CAD detail into Revit. Revit gave an error that the detail was way outside the import region. After a few tests I quickly realized that the issue was with the detail not being anywhere close to AutoCAD’s absolute 0,0,0 coordinates.

AutoCAD by default on install has the coordinates set to relative and this prompted me to make this video. Have you ever been stuck attempting to move objects within AutoCAD to absolute 0,0 only to find that the object stayed in place? Well that is because relative coordinates are set by default.

Now if that last sentence did not make any sense please watch the video I think I did a better job explaining in the video.

In this video we explore a couple ways to speed up template development by leveraging place holder sheets from a sheet list, or re-using an existing sheet list from an existing project file.

In this video I walk you through the AutoCAD 2016 tool for splitting dimensions. The same tool is called the Dimension all in one tool, Or at least that is what I call it. Check it out, thumbs up if you like and please subscribe I will be uploading weekly AutoCAD tips.

Autodesk React Structures is a new offering being developed for the structural engineer that is fully integrated into the BIM process and the rest of the Autodesk product portfolio. React Structures is being designed to be a powerful yet easy to use structural analysis offering for structural engineers. The application is available today free as a technical preview. This project has been created on Autodesk Labs to collect feedback about the technology.
Will this be a Robot Structural Analysis replacement? I guess time will tell but for now you can join the technology preview, download, test and see for yourself. Check out the Autodesk video below. Join the Preview here
Posted at 4:03 PM

Our August issue of BIMTech news has launched. check out the articles here. Revit and AutoCAD tips this month.

CADmep can output Pipework Component Format (PCF) files that can be used for analysis in other products, such as AutoCAD Plant 3D 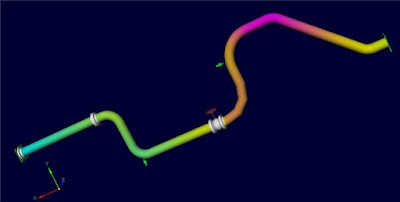 Project Vasari Beta is ending May 15

Autodesk has announced that May 15th will be the end of Project Vasari. moving forward the focus will be to create and support integrated software tools. Vasari functionality will be and already is in other Autodesk products (FormIt & Revit). See guide below.
Posted at 11:23 AM

Our March issue of BIMTech news has launched. check out the articles here. Revit and AutoCAD tips this month.

Interested in rendering? Interested in how you can render to the cloud from Revit. Here is a video from my colleague Travis on how to use Autodesk's cloud rendering inside of Revit.

Email ThisBlogThis!Share to TwitterShare to FacebookShare to Pinterest
Labels: Autodesk

What is new in FormIt Web Version 9.0

If you have ever taken a Revit model from an Architect and linked into a new Revit project you may find that the walls print shaded when the view is set to coarse mode. In this video I explain how to remove the shade from the walls without bothering the Architect.

Our February issue of BIMTech news has launched. check out the articles here. Revit and AutoCAD tips this month.

would you like to view and share your design files without having to login to a website with no downloads and no plugins required? Well Autodesk has launched a website to do just that.

view 2D and 3D designs in over 50 file formats. I tested the site today with some large Revit models and my browser handled the viewing just fine. Actually my models loaded quicker than when I place them into A360 for viewing.

You have the ability to turn on and off layers / categories, view sheets and 3d views for Revit models. Even explode your model if you wish. Many more features available I suggest you check them out. 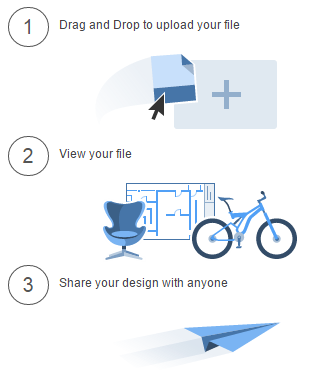 Here is a quick video series I created on how to get started with AutoCAD P&ID. The series is basic and to the point on how P&ID functions.

Our January issue of BIMTech news has launched. check out the articles here. This month has a great article explaining the difference between A360 Drive and A360 Team. Don't forget to sign up.